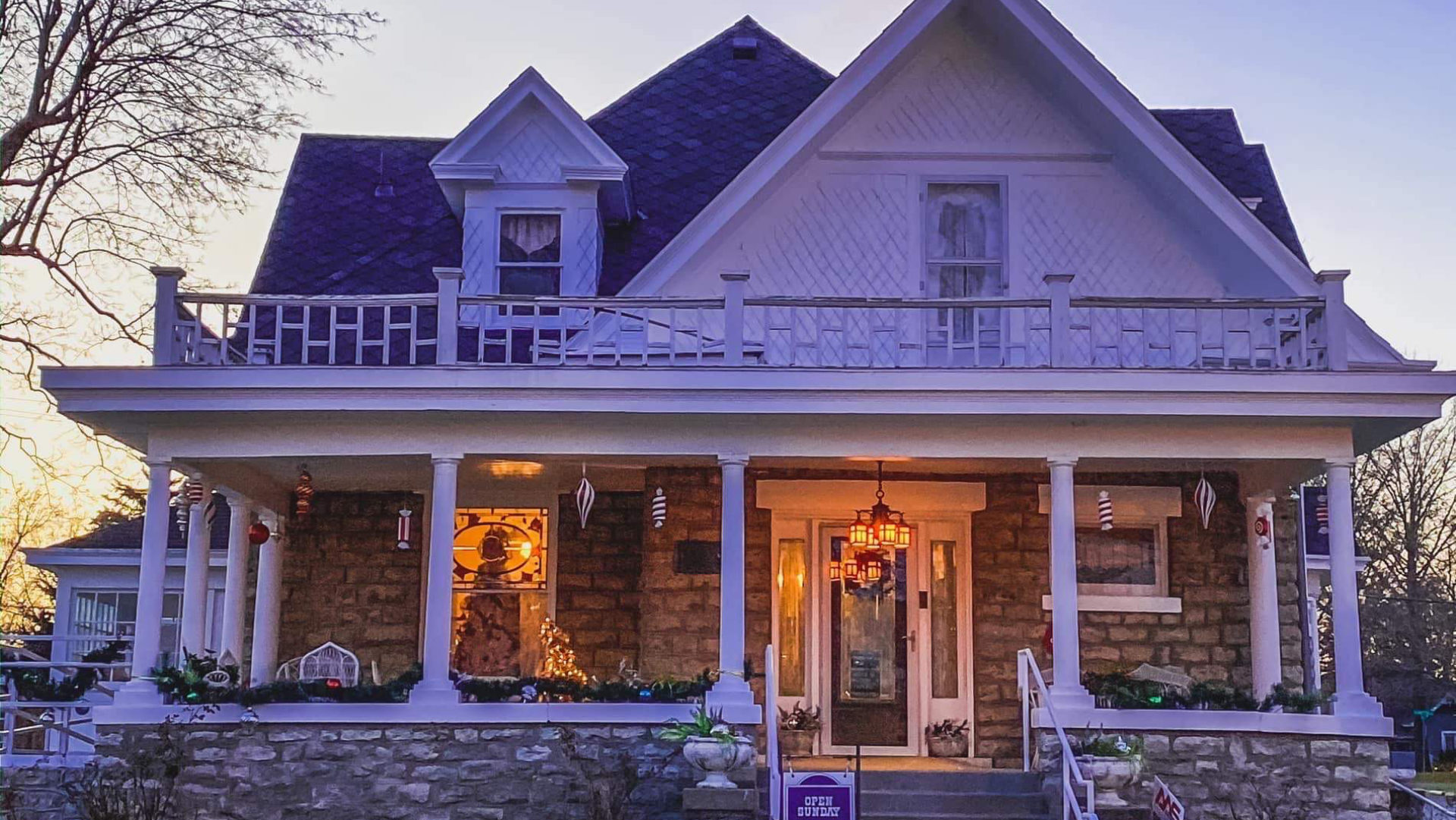 In 1843, Morgan V. Dillingham was born to Joshua Robert Dillingham and Susan Jane Walker, their original log cabin is located in Missouri Town in Lee’s Summit, Missouri. In 1873, Morgan and Melvina’s son David Morgan Dillingham was born; David later married Mary Estella Spicer in 1898. Morgan and Melvina built a home adjacent to theirs for David and Mary to live in, called the Brownfield Home (which is now privately owned and restored.) David ran a fuel station and store, in January of 1955 he was shot and murdered in his store during a botched robbery attempt.

Morgan served with confederate forces in the Civil war and was wounded in battle. In 1906, Morgan Dillingham built the house with house with his wife Melvina. The house was unique in the sense that it was the only home built out of native limestone from the town. Mr. Dillingham operated a general store in the 1880’s and later went on to become Vice President of a local bank. He passed away in 1925.

Enter Miss Narra Lewis; she was a world traveler and known for her parties and famous hatchet-swinging raid on a local saloon. She purchased the Dillingham home in 1928, three years after Morgans’ death. Miss Narra Lewis died in 1948; And in the Fall of 1949, Arthur Frank Cummins came to live in the home. He lived there until March of 1966 when he died of an unknown cause.

In 1977, the Historical Society of Blue Springs purchased the Dillingham-Lewis House to use and operate as their headquarters. The house today is a museum filled with period pieces that take you back into the early 1900’s.